Imagine that! The Queen has reigned over us for 60 years with grace and dignity. AND stamina - did you think they were never going to let that poor woman come in out of the rain during the Thames Pagent?

Pat Wareing, a member of Phoenix Minis and Minis4all has created 2 scenes in honour of the event. 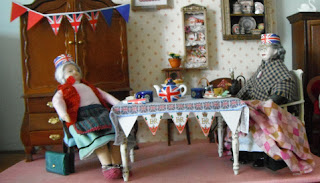 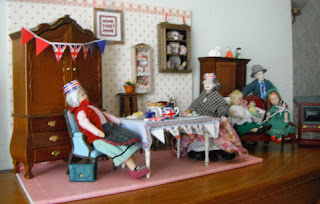 This one features  "the Grannies," who get up to all sorts of mischief. They are "of an age" where outrageous behaviour can be overlooked - or can it be they just don't give a toss for what people think? In this scene they are celebrating the Jubilee - looks like someone may have had a wee dram too much! Did someone add something extra to that tea pot? LOL!
In the second scene, the General Store has all the Jubilee souvenirs on show and the kids are waving the flag. 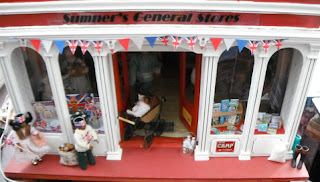 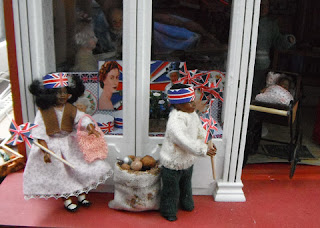