In time of war, family and sweethearts bid goodbye to so many young men.

Being a Dominion of Britain, Canada was automatically brought into the war between Britain and Germany, although there was a choice of how deep the involvement would be.

Canadians of British descent widely supported fighting for "the Motherland", and propaganda encouraged young men to sign up. 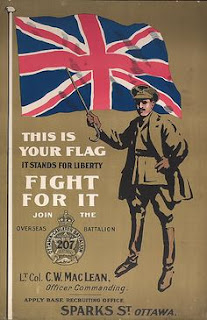 French Canadians were considerably less enthusiastic, since they did not have the same genealogical and patriotic connections to Britain. When conscription was passed into law by PM Borden, it met with a great deal of resistance from Quebec and other French speaking communities. Resentment which has bubbled up through the political arena to this day. 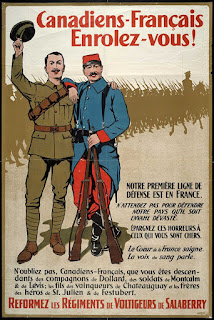 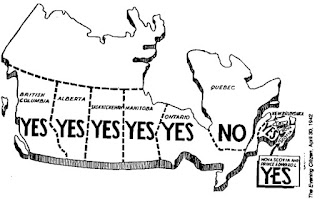 Saying goodbye to "your boy", your husband, brother or father is gut-wrenching and so many women did so, enduring the uncertainty and fear for their loved ones while battling on the home front. What is Jenny thinking as she bids farewell to Joe? 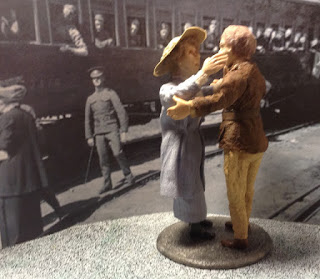 Posted by Little Roomer at 8:45 PM